(Not needed with USB connection to radio)

For RS232 CAT connections the easiest option is to purchase a Serial Pi Zero board.

This is the size of the small Pi Zero computer but fit any RPi GPio connection.

The RPi 3 has two serial ports, one of which is high quality and with high baudrate capability.

My initial serial port development was with RPi3 computers on a commercial project.

The fast serial port is switched to GPIO pins 8 and 10.

The RPi4 has five fast serial ports  . but I chose not to use the four new additions.

Reason: (i) The RPi 3 arrangement is just as effective (ii) the Serial Pi zero uses the port on
pins 8 and 10 !! (iii) The information on RPi 4 ports became available some time after the RPi 4. 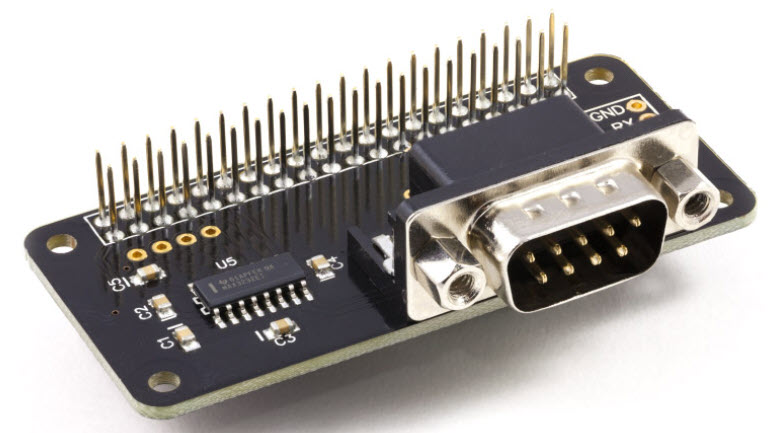 It has been made the full width of the RPi to bring the connectors to the board edge and thereby to
the side of an enclosing box.  I have left a large free area on the board (with no ground plane) so that
it could be used for 'breadboarding' of new circuit ideas. 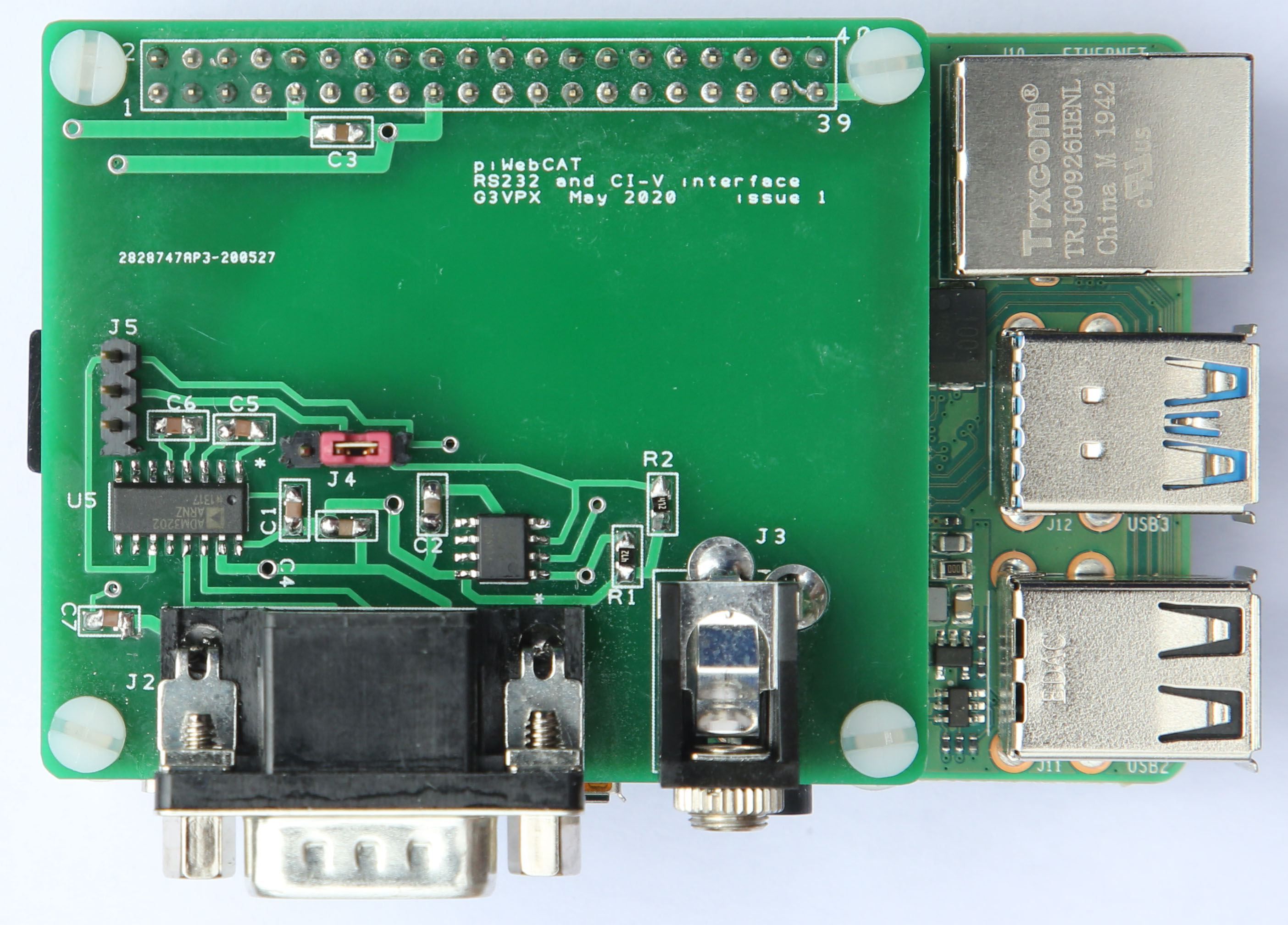 Both buffers of the pairs have open drain outputs and so need pull up resistors.
The Tx buffer is the lower one in the above image. Its 'logic low' pull down voltage is  0.76V max. which

is not low enough to trigger as logic low by the Rx buffer. This means that the outgoing negative going

pulses do not simultaneously come back on the Rx line.

This 0.76v low logic level works fine with my IC7000.
Examination of the IC7000 interface circuit confirms that it should be ok.

I checked the CI_V interface of a current Icom radio and it is almost identical to that on the 15yr old IC7000.

This device removes the problem of outgoing Tx pulses appearing at the Rx input on the processor.
Therefore the RPi serial does not have to deal with such unwanted input  .... and so doesn't do so.

This concurrent return of transmitted serial data is referred to as CI-V echo.
Hamlib rigctl operates with or without echo and so there is no problem.

piWebCAT without Hamlib does not tolerate the echo.
This is not a problem using the piWebCAT PCB.
However it  would be a problem using a Serial piZero RS232 card with the now obsolete RS232 <> CI_V
interface from Icom.

It is not an issue with USB connection.
(I have not run piWebCAT with Icom USB. I don't anticipate a problem  ... feedback please!)

I can supply the bare piWebCAT PCB for £4 including P&P.