19 new buttons and 14 new sliders have been added to the previously studied Transceiver-H-B layout.
All of these except CW zero use Hamlib rigctl. (CW zero is not supported and needs a direct rig command.)

different radios. So, for example, I have four roofer buttons. But you could use them for some other function. 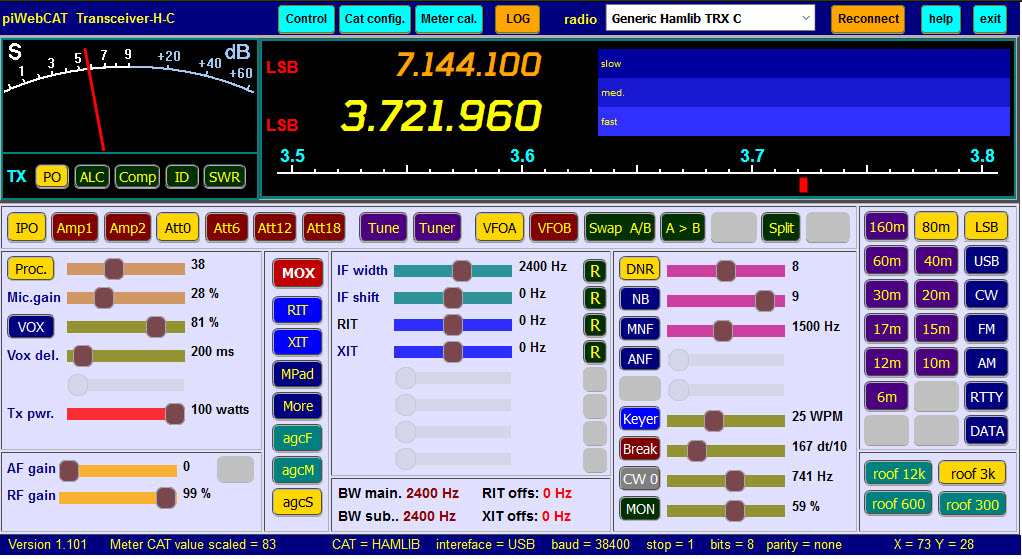