26 new buttons and 14 new sliders have been added to the previously studied Transceiver-H-B layout.

Some buttons have been move. This done very easily by changing the buttons numbers.

Some controls are ineffective in my IC7000, eg: Roofer buttons, RIT, XIT, Tune, Tuner, IF Shift.
These have been disabled in the configuration on the SD card and therefore do not appear. See next page.
They are easily reinstated by changing their active field from N to Y or S in the buttonshl or slidershl table.

I suggest enabling new controls with active=Y. They will then only be read once.
If you enable with active=S (sync), then piWebCAT attempts to read the parameter from the rig every few

seconds and you have succession of error messages. Switch to active=S when your a happy that they are ok.

They are all read at startup. If any one is not supported there will a brief delay and '? disconnection' error box.
It can be tricky to identify which item is doing this (either through not being supported or a mis-spelt command)

It is therefore advisable to only re-enable one control at a time. 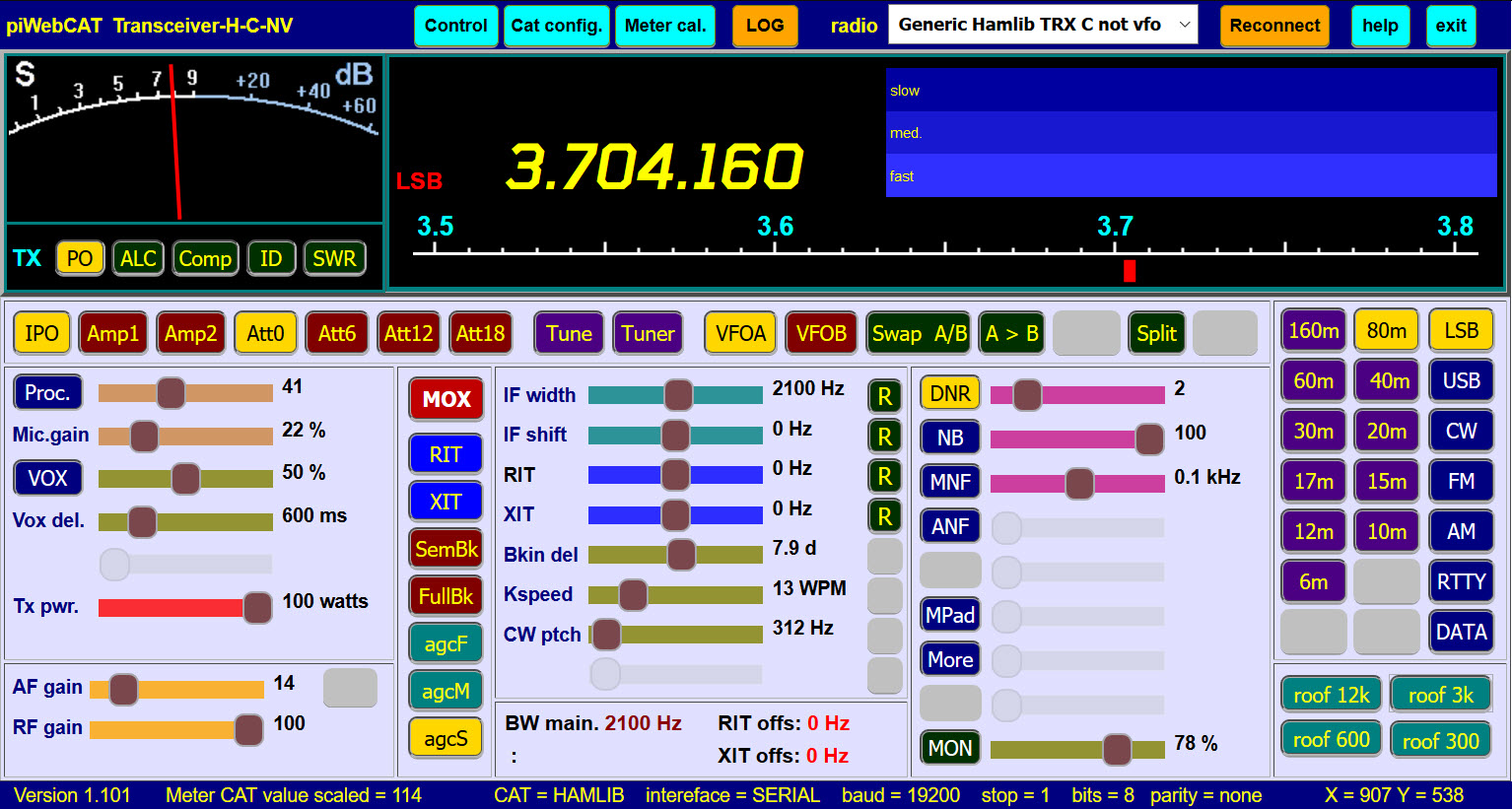 Examine the configuration of the Breakin delay, Keyer speed and CW pitch sliders in table slidershl.

My intention is usually to display in the same units as on the rig.
Eg; Bkin delay: the values on the rig are 2.0d to `12.8d. The data received from rigctld data is 1 to 255.

The data range must be made to correspond to the full range of the slider. The text presentation
to the right of the slider must be  2.0d to `12.8d. piWebCAT's formatting fields in table slidershl provide the
means to achieve this. The process will then operate in both directions, ie: slider controlling the rig parameter
and slider following the parameter's value on the rig (if active=S = sync  is set).

The same configuration but with Roofer, RIT, XIT, Tune, Tuner and IF Shift inactivated for IC7000 operation. 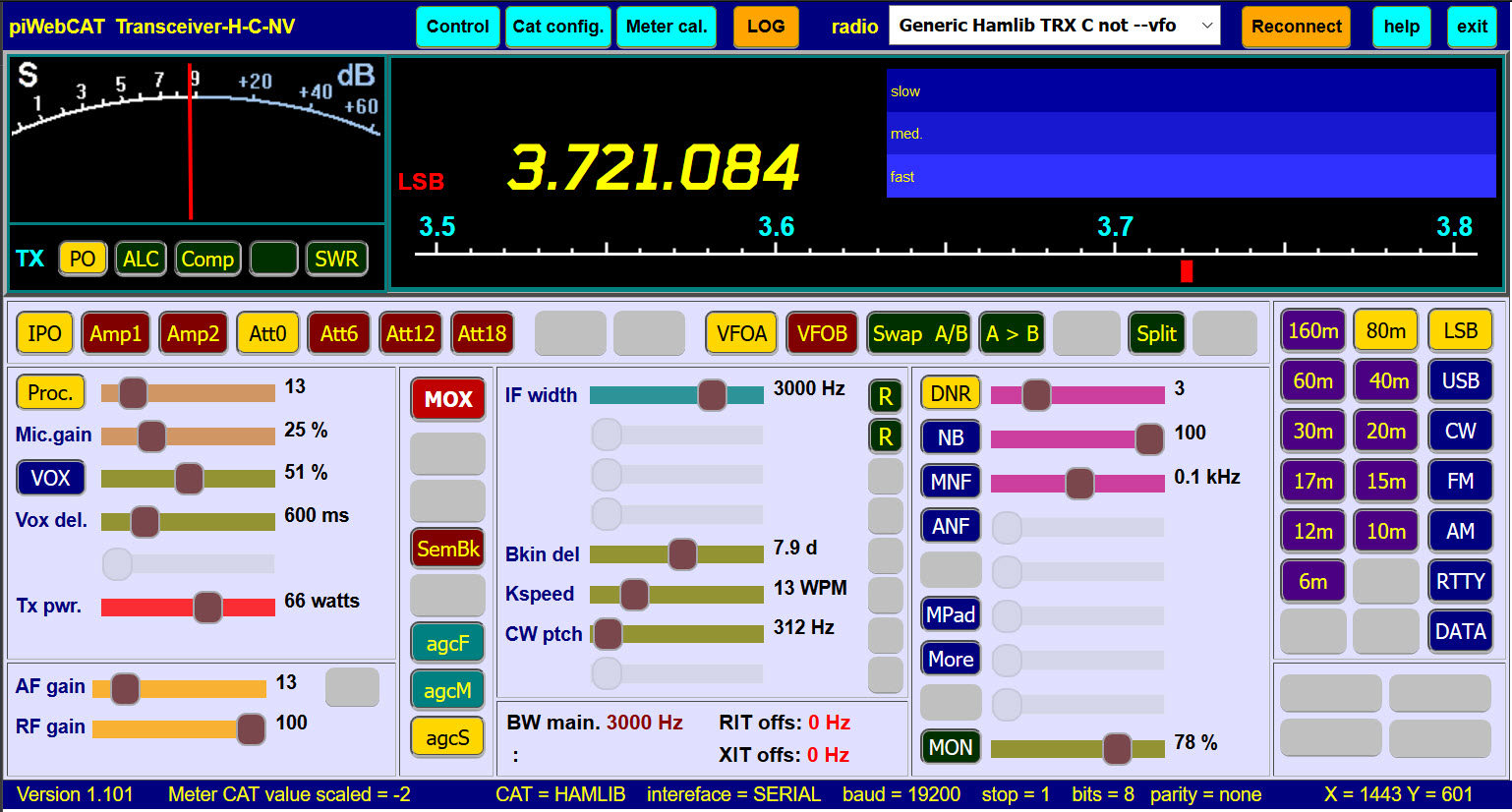